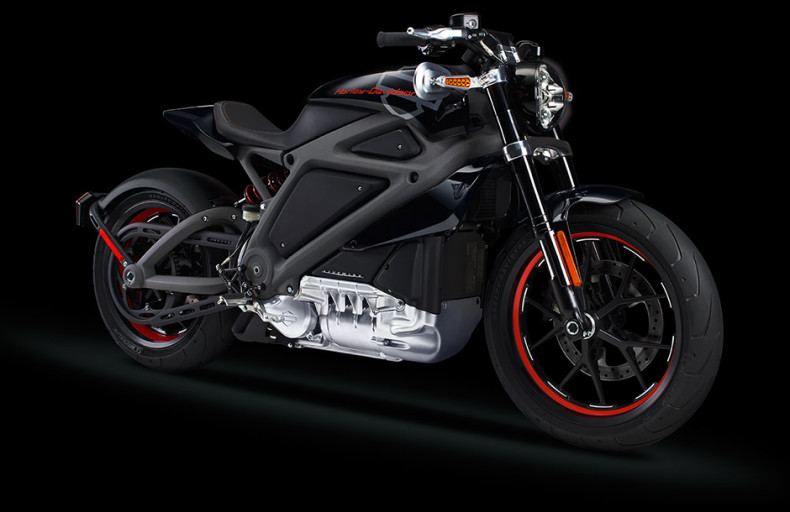 Harley Davidson’s electric motorcycle, the “LiveWire,” has been announced and will be making its way to showrooms in 2016. The “Project LiveWire Experience” is a traveling campaign leading up to the release of LiveWire and will allow consumers to test and provide feedback on the bike. Motorcycle experts are saying that it’s a smart move on Harley’s part to stake a claim as the first motorcycle manufacturer’s to foray into the eVehicle world, even if it takes them some time to work out all the kinks. The Project LiveWire Experience begins next week and will reach the U.S., Canada and Europe
This mysteriously brief video appeared on Harley Davidson’s YouTube channel today. It’s only 15 seconds long and features a motorcycle zipping by, accompanied by a sound you’d expect to hear in the intro to the The Jetsons. Hovercraft? Probably not. Electric motorcycle? Very likely. The video is titled “06.19.14,” so we only have to wait until tomorrow to find out. It’s a pretty minimalist announcement for what may be a huge product, but I guess when you’re wielding a brand as heavy as Harley, you don’t have to do much.

The Verge reported that “spy shots published from the set of the next Avengers film […] show a stunt double riding an electric bike from Harley-Davidson, which auto publications seem to think looks street legal and surprisingly realistic for a supposed prop.”
http://me.askmen.com