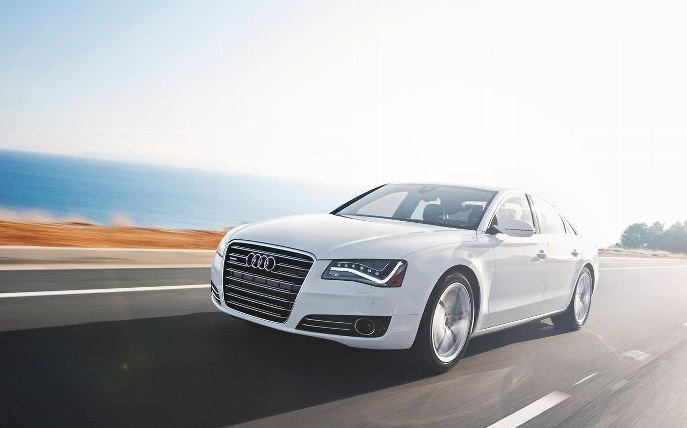 A8 .. well, it’s a pretty nice place to sit. Audi’s been setting the benchmark for mainstream luxury interiors — and by that I mean in the sub-Bentley, sub-Rolls-Royce league — for almost a decade now, and shows no sign of slipping. The A8’s cabin is a calm, elegant space. Deconstruct it, and you won’t find any surprises — no quirks, no gimmicks, nothing that’s trying too hard. What makes it work is careful attention to the subtle interplay of color and materials. If the A8 interior were a suit, it would be Gieves & Hawkes, not Dolce & Gabbana

Most important, perhaps, is that the A8 interior also works well on a functional level. The white-on-black instrument graphics are crisp, classy, and easy to read, and both the typeface and the tonal values are consistent across the analog and digital displays. People who pay attention to driving designed this interior. The color-coding that helps you identify what part of the A8’s electronic brain you’re interacting with on the screen between the speedo and tach is tastefully minimalist — no more than a thin line or two — and useful: red for the on-board trip computer and service items, yellow for the sound system/media, green for phone and connectivity, and blue for navigation. The colors are echoed on the appropriate screen of the MMI system. But again, it’s subtle. It doesn’t look like a pack of M&Ms has exploded all over the place.

Ah, yes. The MMI system. As these things go, it’s intuitive and comprehensive. You don’t need to study the manual to figure out how it works, though you will need to read it to find out exactly what MMI can do for you. (Some context: The entire A8 owner’s manual is 300 pages; the MMI system has its own, separate 124-page book of operating instructions.) Good as MMI is, I still prefer BMW’s original iDrive system, however.

Huh? Wasn’t the original iDrive panned for being way too complex? Yes it was, because it took time to get used to. But back in 2003 I was doing 1500 miles a week in my iDrive-equipped BMW 730d, and came to love the clever haptic feedback system that allowed me to find the right menu just by twisting, tilting, and pushing a single rotary controller, instead of having to take my eyes off the road to hunt and peck around the center console to find a button. BMW subsequently changed iDrive to make it more like MMI, with four color-coded menu buttons arranged around a less versatile rotary controller. I said at the time they’d dumbed it down. And after more than 15,000 miles in the A8, I haven’t changed my mind. 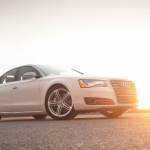 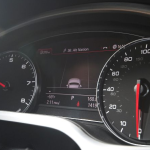 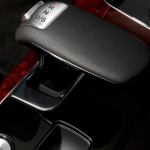 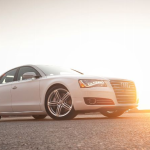 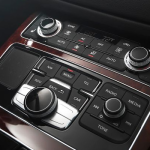 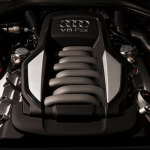 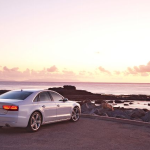 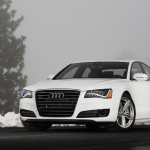 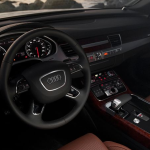 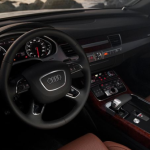 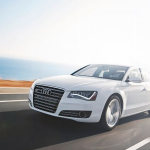