Pierce Brosnan to return in The November Man 2 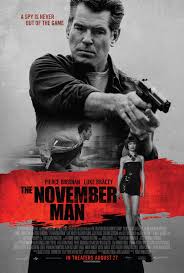 Well here’s some confidence for you. The first film only arrives in US cinemas at the end of this month, but Relativity has already set the wheels in motion for a follow-up to The November Man. Based on the books by Bill Granger, Brosnan plays an ex-CIA agent in an international world of espionage. Stop us if this sounds just a little familiar.

To be fair, Relativity are up front that The November Man mixes in elements of James Bond and Jason Bourne, and the fact that Roger Donaldson is directing (he gave us No Way Out and Thirteen Days in the past) is cause for a lot of optimism.

We seem to be past the mere announcing of a screenplay stage too, as Relativity is “entering pre-production” on The November Man 2 shortly.