by Webmaster on March 1, 2018
970
previous article
Interview with talented musician Sean Cos Mason
next article
Screen.Lighting, the most reliable flashlight ever 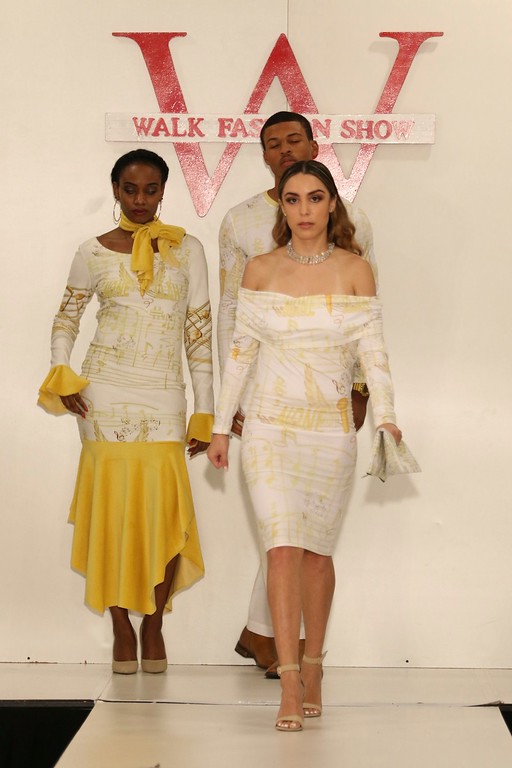 New York Fashion Week is an event that lasts a week and people from all parts of the world come to see hot fashions. You have different venues partaking in fashion week, from underground fashion week to charity fashion week and of course, the real New York Fashion Week. I had the privilege to do a write-up on this one particular designer collection, that of Noneillah. The Noneillah Collection was showcased with Walk Fashion for New York Fashion Week along with other talented fashion designers. This fashion designer’s story so caught my attention that I felt compelled to write an article about this designer. I want to help this designer and mother of hip-hop artist son Sean Cos Mason. This designer has such a strong love for her son’s Noneillah collection that she used it as a tool to raise awareness and fight for justice regarding what happened to her musically talented son and other victims whose lives were tragically taken in the same manner. The campaign and movement behind this awesome collection are truly worthy of getting the word out because it is a fabulous, emotional, and heart-wrenching message that touches my soul. The creative mind behind the word Noneillah is CEO/Hip-hop artist, singer, songwriter, lyricist, digital designer, music engineer, college student, entrepreneur, t-shirt designer, visual artist and son, Sean Cos Mason. The creative designs of the Noneillah collection are by Sean’s mother, Naomi. 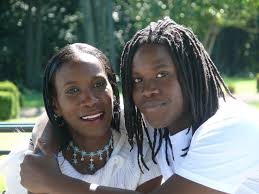 Both these talented souls have a one-of-a-kind vision. For Naomi, music sheet/ music note textile prints is a storyteller along with the color contrast in the other garments that paid homage to her beloved son who was tragically killed by a reckless Haitian native Coach USA bus driver who was operating a NJ Transit bus when he drove toward Naomi’s son Deshon and ran him over twice then dragged him 50 to 100 feet while knocking hard on the bus front door to get on.

The models graced the runway with the Noneillah collection at New York Fashion Week with earth-tone colors for the son with his and hers matching outfits, women’s matching glamour hats, music prints, and elegant black.

The Noneillah textile prints are wearable artwork that combines the best of fine art and fashion into one cohesive whole. Naomi uses the fabric as her canvas and the computer to bring the images to reality. It’s a bold idea to have artistic ability to emerge from a digital print canvas outfit. Many debates have raged about the intersection of fashion and art. Naomi married her fashion with her lovely art creations. Indeed, she outdid herself on the runway with such attire, from sheer dresses, to black sheer two-piece skirt set with a hood, black sequined two-piece pants set with a peek-a-boo shirt, his and hers green taupe matching outfit and a super-abundance of music notes prints. The whole collection’s styles proved equally elegant in their ability to capture attention.

You see that fashion is more than the models ripping the runway with fine designer clothes? It is fashion with motivation and it can be an avenue to convey a message through clothing, music and a verbal story. Naomi is trying to carry out her son’s dream by getting his music out to the world, such as video games, commercials, movies, and get his music signed to a major record label. She also wants to raise money for a billboard, Public Announcement, commercial advertisement, documentary campaign, and more to spread the word. Naomi has no one to help her to fight for justice for him, She is fighting alone to get a law passed in her son’s name to hold the reckless bus driver accountable for his or her actions in killing innocent passengers and pedestrians. She has written to Senators, Congressmen and women, and Assembly persons to support the bill but they never responded. Naomi wrote to the Attorney General, District Attorney, and Governor Chris Christie to get her son’s criminal case reinvestigated because of mishandling by Essex County Prosecutor Vehicular Homicide Detective for Coach USA and the NJ Transit Bus Company; but they never responded to her letters, nor did the Senators, Congressmen or Assemblymen. Naomi is trying to keep her son’s legacy alive through his music, Noneillah fashion, and the Deshon Johnson College Scholarship Foundation. Naomi uses her son’s Noneillah collection to raise money for his DJCSF non-profit foundation. You can Google her son’s government name to read his horrific departure from this earth and Google Sean Cos Mason to listen to his music. You can follow him on Facebook, Twitter, Instagram, YouTube, and Blog for updates posted by his mother. Deshon’s mother created a Change.org petition to raise awareness and get a law in his name for other victims killed in vain like him. You can Google Deshon Johnson petition to sign. 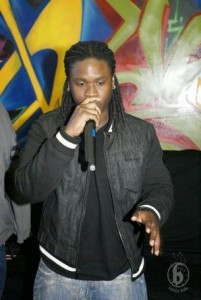 Please help spread the word because it could be your loved ones in this tragic position, and you would want someone to support your cause. Together we are a powerful force in the fashion industry that can make a difference and lend a supportive hand.

A mother should not have to bury her child for something that could have been prevented. This death is senseless. Every human life is valuable. We only have one life to live.

Please share this story with people you know and on social media. There is power in media that can get the job done in seeking for justice. F.Y.I., the bus driver was not charged for Naomi’s son’s death. Should you like to collaborate with Naomi in any capacity that fits her movement in fashion, music etc, feel free to email her at noneillah22@gmail.com

Most recent Jeans Trend and Tights Fashion 2018 or Girls and Women – Besides shoes, adornments and hairdo young ladies are presently more inspired by wearing Jeans, either western ladies or eastern ladies. Much the same as men young ladies are [...]

Elegant garments are a style articulation with a wide assortment for the two men and ladies. Fashioners today deliver some one of a kind and best accumulations of the year and in addition giving diverse determinations to suit your taste. The creators [...]
Comments
Leave a reply