by Webmaster on May 13, 2020
Entertainment
133
previous article
Responsible Parenthood: Mobiles For Pre-Teens And Teens
next article
Interview with actor & producer Adam Horner 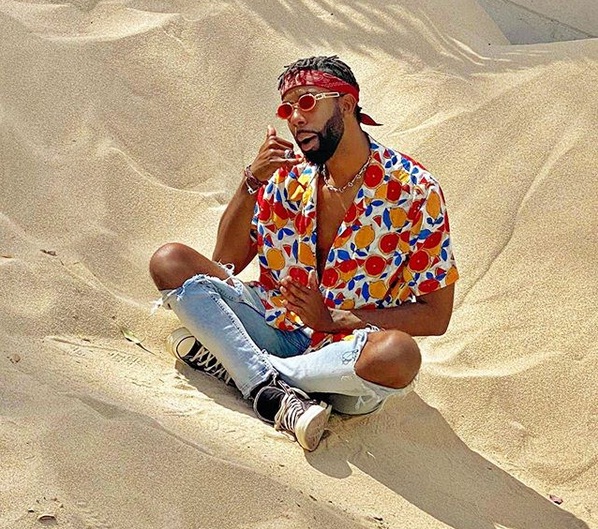 Blvck Jagger is a talented artist who has been releasing some exciting music.We recently interviewed him for our magazine.

Faroolive: When and why did you start playing?
Blvck Jagger: I started as soon as I discovered sound. So I would say since birth. Then I started pursing my gifts and talents immediately.

Faroolive: Our readers would like to know more about your recent single “Welcome to L.A.”.
Blvck Jagger: It’s a really great record with a lot of layers creatively and sonically. It was a very intentional record. I wrote a song that feels like the perfect sunny day here in the City of Lost Angels, yet the record is very much a cautionary tale about this place. Hence the lyric “Bright Lights in the City of Angels, just be careful you don’t dance with the devil” there’s a lot to unpack here. Just in that one lyric. Because words mean so much and so does emotion and frequency. So it’s all those layers for all types of people. Overall just a great timeless song about a great place with a great vibe.

Faroolive: What do you practice – exercises, new tunes, hard tunes, etc.?
Blvck Jagger: I practice channeling songs mostly that’s my most consistent exercise musically. I try not to get in the way of the Genius. Just get out the way let things happen.

Faroolive: How often and for how long do you practice?
Blvck Jagger: I love rehearsal. I’d say the most I’ve rehearsed in a day is 10 hours.

Faroolive: Do you perform in public? Describe those occasions? Concerts, radio, TV?
Blvck Jagger: Yes performing live is the greatest experience. I just really love to connect in common thought and emotion with people, it is  genuinely super amazing.

Faroolive: What do you enjoy most about being a musician? What do you hate most?
Blvck Jagger: I love the creative process. Creation is literally giving life to an idea it’s a great place to be consistently. I don’t hate anything because I am a creator how could I hate myself. Yes there are challenges in life but not in creating at least for me.

Faroolive: What’s the biggest problem you’ve had to overcome so far?
Blvck Jagger: Getting out of my own way.

Faroo Live Team: First of all tell us about the start of your music career. StaJe: I started off a few Years ago as a ghost writer. Did that for a while until just recently when I put out my first project Keisha. Now I have been doing music for years but [...]

When to Hire a Professional Photographer

Need your photos to be the most ideal? Your first slant may be to take care of business yourself. Be that as it may, now and again an expert photographer can simply make a superior showing with regards to for you. A few circumstances simply require a [...]
Comments
Leave a reply

Why shouldn’t you use low quality building material in your house?