How climate change will affect where you live

by Admin on November 29, 2015
6370
previous article
Simple Solutions to the 10 Biggest Shoe Problems
next article
Xbox controller ‘sucks blood out of players’ arms’ when they are shot 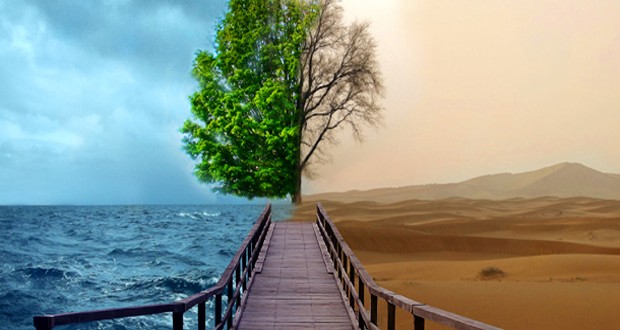 The latest report from the Intergovernmental Panel on Climate Change spells out how climate change will affect each part of the world, and what can be done about it. For many regions the IPCC only makes vague predictions, and in some cases the impacts are deeply uncertain.

Here is our rough guide to the main impacts this century, and some tips for coping with them. It is partly based on draft versions of the report’s many chapters, the final text of which will be released within the next two days.

Europe: The south will fry

The Mediterranean looks to be the most threatened part of Europe, because the IPCC expects “multiple stresses and systemic failures due to climate change”.

Energy demand will drop in the rest of Europe, but the increased need for cooling around the Mediterranean will drive up energy costs. Tourism, a key industry, will take a hit from 2050, when holidaymakers are expected to choose northern destinations. Forest fires and heatwaves will increase, crops and vineyards will become less productive, fishery production will decrease and rising seas pose a growing threat.

To adapt, people will need to use energy-efficient cooling technologies to reduce energy demands; insure their assets; plant more diverse crops; and build early warning systems and hard walls to defend against floods.

Rain and storms will move northwards, flooding areas north of New YorkMovie Camera and leaving southern areas short of water. Mexicans will have to do everything they can to preserve water and escape the heat.

Adapting to water deficits is not too hard: the key is increased efficiency. But extra flooding is more problematic, with total costs expected to increase tenfold this century.

The US has the capacity to adapt, but is struggling with misinformation and a lack of political will. Nevertheless, New York is on the right path, raising infrastructure like boilers out of the way of expected floods and trying to capture flood water before it reaches sewers.

Asia: Too much water, too little water

Sea-level rise is the biggest problem facing Asia. Globally, the majority of the people directly affected will be in southern and eastern Asia.

But that is not the only problem. Water scarcity will affect most of Asia, and higher temperatures will lower rice yields in some areas by shortening the growing season. Food production in Russia is under particular threat, and the IPCC estimates that up to 139 million people could face food shortages at least once a decade by 2070.

Countries will need to manage water better: water-saving technologies in irrigation may help. Growing crops that cope with high temperatures can boost yields up to 15 per cent, offsetting much of the almost 20 per cent decline expected by 2100.

There is a lot of uncertainty about impacts in Australasia, but some things are clear.

More extreme rainfall and rising sea levels will increase the frequency of devastating floods like those that hit Queensland in 2011. People in some areas will have to move away.

Extreme heat will increase and threaten lives, particularly those of the sick and elderly, and also cause more wildfires.

The Great Barrier Reef will continue to degrade, with warmer and more acidic water bleaching more coral, and greater stress coming from factors like agricultural run-off.

Coping with all this requires early warning systems and response plans. But there is huge uncertainty about how rainfall patterns will change. It may be best to plan for the worst.

The big issue for Africa is food security. Crops and livestock will be affected by flooding, drought and shifts in the timing of rainfall and temperature, but where and how these impacts will be felt is uncertain. There will also be more soil erosion from storms, plus pest and disease outbreaks due to warmer temperatures.

Africa has little capacity to adapt. One of the most pressing problems is simply spreading the word about climate change so people can make informed decisions.

Northern Brazil may lose 22 per cent of its annual rainfall by 2100, while the region around Chile could get a 25 per cent increase.

The drying regions will face food shortages. In northern Brazil, that will affect some of the poorest people. Shrinking glaciers in the Andes also threaten water supplies for some people, and will increase tensions.

Climate change will also bring new diseases to many areas, including water-borne diseases like cholera.

The whole region is relatively poor so will struggle to adapt. The first step is to adapt to the current climate. That includes easing poverty and creating early warning systems for disease outbreaks and bad weather.

Unsurprisingly, sea-level rise is one of the biggest threats for small islands, including those in the tropics, the Mediterranean, off Africa, and in the Indian and Pacific oceans. Rising waters will swamp some areas, erode coasts and contaminate sources of fresh water.

Building sea walls can have mixed results. In Barbados, building them protected human assets but led to more erosion elsewhere on the coast. It is sometimes better to use “soft” measures like increasing coastal vegetation to reduce erosion.

If islands are near coral reefs, the inhabitants often rely on the reef ecosystems for their livelihood. Reefs are now threatened by warm seas and acidification. But reducing other pressures, like water pollution and destructive fishing, could help.