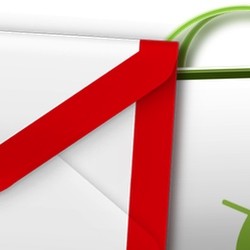 China blocked all Google web domains throughout the country for long periods on Friday, the search giant has said.

Google Search, Gmail, Google Drive and all other web products were largely blacked out and, in a statement to Bloomberg and Reuters, Google said it had “checked and there’s nothing wrong on our end.”

Google’s own Transparency Report website, which shows usage levels around the world, showed a sharp decline to Google sites in China on Friday.

The country has censored Google before, during a stand-off in 2010, but has never taken the drastic step of blocking the popular Gmail email service too.

The outage left countless users without access to email throughout the nation and could be a watershed moment for the issue of web censorship in China, according to one watchdog.

In an article on its own site, the group also wrote: “We’ve argued before that the authorities didn’t dare to fully block Gmail since it has too many users already. Fully blocking Google goes much further. According to Alexa, it’s the Top 5 most used website in China.

“Never before have so many people been affected by a decision to block a website. If Google stays blocked, many more people in China will become aware of the extent of censorship. How will they react? Will there be protests?”

TechRadar will be following this story closely as it continues to develop.