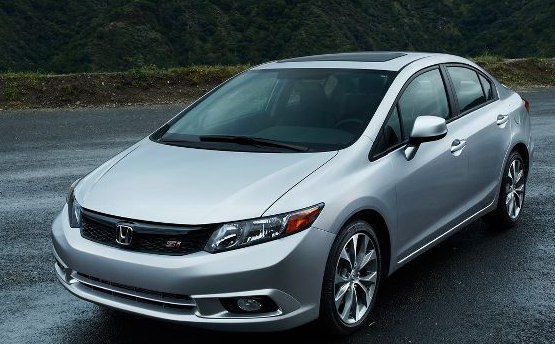 Unfortunately the “better” Civic takes form as Acura’s new for 2013 intro-luxury sedan, the ILX. Eager to put it through the paces, we took delivery of a shiny new ILX, which was introduced in last months issue. So is the ILX a slightly heavier over-priced Civic? Mike Floyd will be the judge of that over the next year, but what can anyone tell you is that the ILX is a lot closer to what I think the Civic Si should be. If Honda were to put the Civic Si and ILX side-by-side and draw a line, the middle mark is where the Civic Si should lie.

Don’t get me wrong,  Honda is the volume brand and profitability needs to be higher for the health of the company. Acura is a premium brand, they want me, the person in the Civic, to be looking at Acura’s with visions of the future. I think in the Honda Civic Si’s case a middle ground should be found. Lower cost materials have their place, in lower trim-level models, but the Civic Si is the halo Civic!

The Si is the only Honda product pushed as a sports model and its price, performance level, and marketing aims it square at the hearts of the Japanese sports sedan segment, in which the competitors are quicker and better trimmed. Honda needs to step it up. So what needs to change? The overall layout of the Civic is much more driver oriented than the ILX, however it’s in the refinement of the interior that the Honda falls short. Acura can keep the leather and contrast stitching; the black cloth seats in the Civic are firm but supportive.

Prefer the infotainment system in the Civic, the dual screens are awesome. You want the soft-touch materials from the dash and doors. Resting your arm on the windowsill area actually hurts a little if you have driven any long distance, and I will never get used to the rock-hard plastic that covers the dash. Even if the dash material plays no role whatsoever in crash safety, you can’t help thinking about smashing your face against the hard textured plastic. Other improvements are not as tactile as the ones in the interior.

Acura increased the amount of sound deadening making the ILX interior a bit more pleasant of a place to be. If the Civic had even half as much it would go a long way in reducing the cheap tinny feeling and sound when you shut the door and at speed on the highway. Acura also did a better job of making the driver feel special, a complaint I had about the Civic before. The slick shift-knob, brushed aluminum, and large red start button go a long way to making you feel like you are somewhere far away from an economy car.

Your car doesn’t need to be the fastest, quickest or handle the best, the Volkswagen GTI has been proving that for years. If you make a car decently quick, good looking, fun to drive, and comfortable to live with, you will find people need little else. The Civic Si is close; the ILX is a little closer.